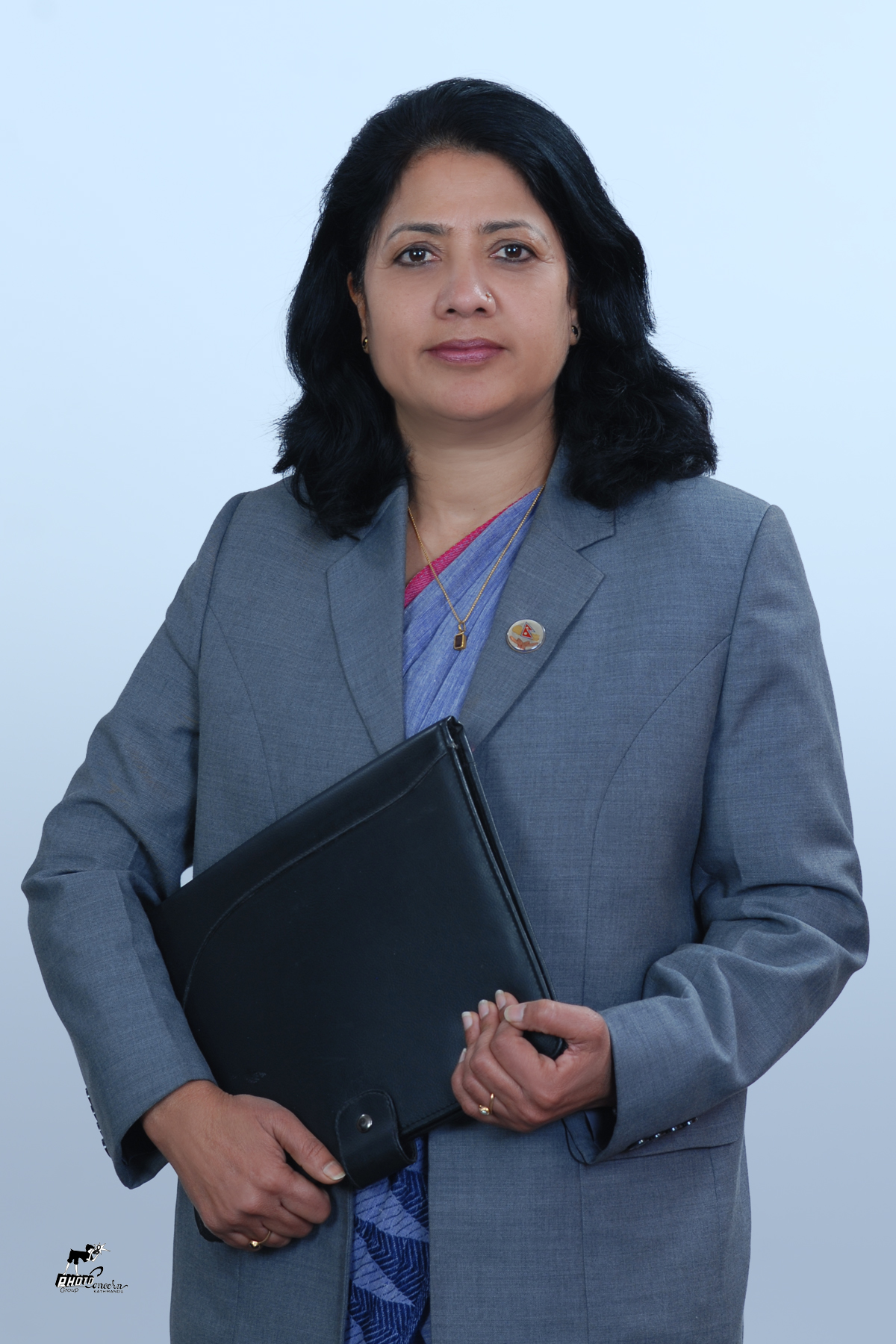 People in Nepal worship goddess Laxmi for wealth and Saraswoti for wisdom. For me, education is both wealth and wisdom. All children, irrespective of who they are and where they are, should get equal opportunity of quality education in the subject they are interested. Invest in education and return is obvious, in the form of prosperity, peace and happiness.

End of poverty and establishment of inclusive just society is possible and doable provided that it is everyone’s responsibility and accountability. Obviously state has the biggest responsibility and accountability but it cannot deliver unless citizens have voice and sense of individual responsiveness. We were borne an empty hand and we die empty. Lets make this world treat all equally.

Born in 1966 to mother Indramaya and late father Krishnalal as the youngest child, Bimala grew up in a rural village of Morang district. With her intellect and hardworking nature, she excelled at studies resulting in fellowships for all her academic studies. Moreover, the enormous support and encouragement from her mother helped in advancing her academics. Growing up in the atmosphere with exposure to illiteracy, poverty, and inequality, her mother never went to school herself. Bimala gradually realized the ultimate developmental challenges of society. This inspired her with courage and determination to serve the society and nation as a whole.

Having gotten a fellowship, she passed MA in Economics and Management of Rural Development from Manchester University, UK. Upon returning to Nepal, she started working for ActionAid Nepal, a non-governmental organization, as a development expert. While working, she got a fellowship from the Institute of Social Studies, The Hague, The Netherlands for pursuing her Ph.D. in Development Studies.

Bimala initially started her career as an agriculturalist. She continuously engaged herself at the grassroots, national as well as at the regional and international arena of wider development politics, articulating her role as a development policymaker, planner, manager, and negotiator. As such, she was actively involved in the developmental sector for more than 17 years. In 2071 B.S, she was appointed to the National Planning Commission. This furthermore increased the chance to prove herself in the social development sector. Additionally, she worked at The President’s Office as a development expert for almost two years. Shortly after, she got appointed by the President of Nepal in 2016 to serve as Member of Parliament in the National Assembly for the period of 6 years.

Bimala being a voracious reader, prefers reading inspirational biographies and encourages others to read as well. She also writes articles on her field of interest. She has several publications related to gender equality and social inclusion especially in the areas of peace and reconstruction, political transformation, natural resource governance, climate change, and reconstruction and recovery from disaster. She believes that a world without poverty and injustice is possible and doable, provided that it is everyone’s responsibility and accountability.

She married Dr. Uddhav Rai and has two children Abhishek and Anusuya.